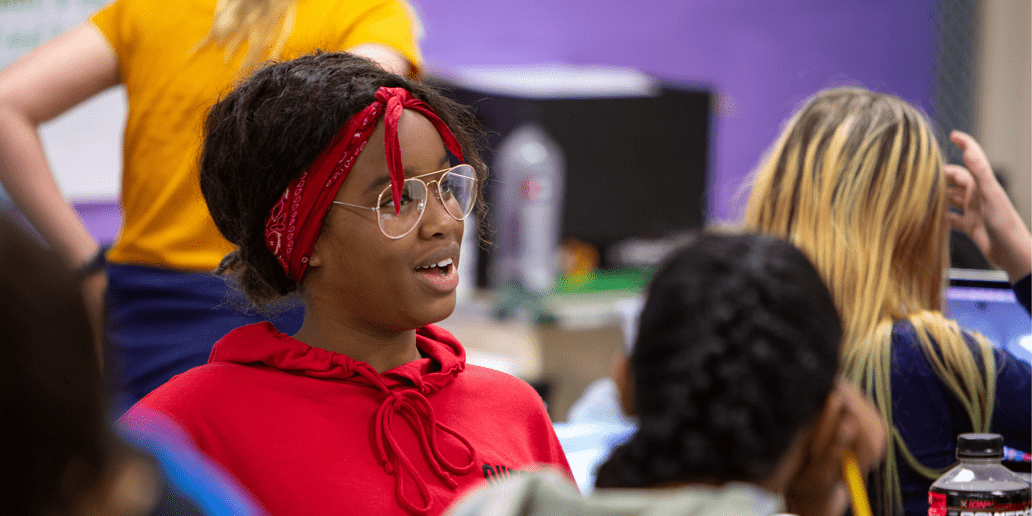 This past year demanded growth, from technical skills to mindsets, from virtually everyone in education. As the year-end approaches, we’re sharing stories of the growth we observed in our partners. We’re particularly excited to spotlight the shifts and new choices that may appear small, but signaled breakthroughs.

Project Director Jeff McCormick was struck by how much the partners he worked with valued learning — in the midst of facing daily pressure to meet students’ basic needs and to adjust to an entirely new style of instruction.

“Those days when school leaders worked with us were a breath of fresh air for them,” Jeff said, “because we got to focus on student outcomes, teaching and learning, which is why we all got into education.”

We spoke to Jeff about how he, and the leaders he collaborated with, grew and what they learned during an unusual and trying school year.

The assistant principal told me that typically he’d “bring the hammer down” — confiscate the phone, give him a consequence — but because of the work we’d done with the Student Experience Story Guide, the principal decided against it.

When did you see a partner take the “next step” in their leadership growth this year?

I was working with a relatively new assistant principal from a small district in rural Oregon. The district is interested in leading for equity in a predominantly white district that also has many families who are recent immigrants and whose children are English Language Learners.

An ELL student had been sent to this assistant principal for playing video games during class — a minor discipline issue. The assistant principal told me that typically he’d “bring the hammer down” — confiscate the phone, give him a consequence — but because of the work we’d done with the Student Experience Story Guide, the principal decided against it.

Instead, he asked the student to go for a walk.

During that walk, the student shared the challenges he was dealing with at home. The student said he was just having a rough day, and that he knew he shouldn’t be playing games in class. The principal was able to use what he’d learned with CEL to better understand this student and make a positive connection.

Did you ever find yourself saying, “Now that’s something I’ve never seen before”?

I work a lot with teacher leaders and principals in Central Louisiana, and the level of engagement we saw there was remarkable.

One day, we were working with them, and one of the teachers in the group had her camera turned off. I asked her a question at one point, and you could hear her walking before she told us that she was in the hallway.

She was really paying attention and engaging, she said. But she couldn’t find a sub that day, so she had to walk out into the hall to join the discussion. That’s how important this growth and development was to her.

How have you grown through your work with partners this past year?

One of the things that really buoyed me throughout all of this was the resilience and dedication that educators have to their communities, to their staff and to their students. I saw that come through over and over again, and it reinforced the importance of the work people in schools are doing every day.

As far as how that impacted my own work, I think that, ironically, communicating through the artificial medium of Zoom honed my ability to really listen to what people are saying and to be responsive. I grew in my ability to listen to what people are saying and how they’re engaging with these really big ideas — including what we introduce in the Four Dimensions of School LeadershipTM framework.

“Central office administrators, principals and coaches in a Washington school district analyzed coaching transcripts and video to find instances where students were centered in the work and the conversation. They focused on what specifically the coach did or said, what the impact was on the teacher and how the coach can press on both beliefs and actions on behalf of Black and brown students.” – Renee Gallagher

“A teacher leader I coached talked about the challenges of distance learning, and yet was pleasantly surprised to see the growth in her students when she reflected with some structure. She got really excited to lead her team through a similar process and then share with her PLC.” – Joanna Michelson
Explore Professional Learning for the Coming Year

At the Center for Educational Leadership we partner with courageous leaders in classrooms, schools and the systems that support them to eliminate educational inequities by creating cultures of rigorous teaching, learning and leading. Our vision is transformed schools empowering all students regardless of background to create limitless futures for themselves, their families, their communities, and the world.
Topics: Educational Leadership | Instructional leadership | Professional Learning | School Leadership
← What Centering Student Experience Looks like Celebrating Growth and Courage →
Subscribe

By clicking on any link on this page you are giving consent for us to set cookies. More Info.

This website uses cookies so that we can provide you with the best user experience possible. Cookie information is stored in your browser and performs functions such as recognising you when you return to our website and helping our team to understand which sections of the website you find most interesting and useful.

Strictly Necessary Cookie should be enabled at all times so that we can save your preferences for cookie settings.

If you disable this cookie, we will not be able to save your preferences. This means that every time you visit this website you will need to enable or disable cookies again.